We arrived home from Spain on a Thursday, and my mom was due to visit us on that Tuesday, so that gave us just 4 short days to get our new apartment liveable. It was just piles of stuff when we arrived, but we managed to sort, unpack and buy all of the things we needed by the time Mom arrived. Our new place is much smaller than the house we were living in last year, but so much nicer. It’s in an area that I’ve always wanted to live, The Peninsula, and it has direct access to the new Shenzhen Bay path, a pool, restaurants and playgrounds galore. It is farther from school than the house, but still only about 1.5 miles from both Donnie and my campuses. It’s a three bedroom, two bath apartment with a tiny kitchen, but an awesome balcony. I really like it, Donnie is still getting over the loss of all the space in our house. 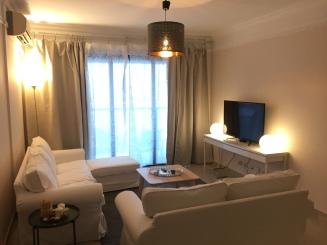 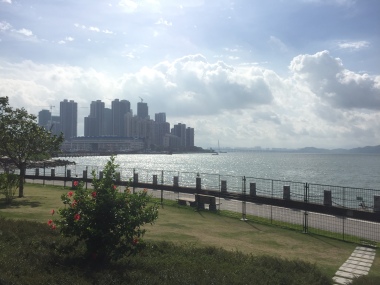 My mom arrived with no problems on Tuesday, and we ordered some sushi and kept her up to fight the jet lag. It was so wonderful to give her hugs and see her and Paul reunited. They love each other so much.

We didn’t do a whole lot. Mom brought lots of goodies for Paul and a puzzle for her and I to work on. The puzzle was beyond our capabilities, but we spent the first few days just hanging out and finishing up unpacking and working on the impossible puzzle. We went and got pedicures (Paul’s first one!). We went for bike rides (I ran) along the bay and took Mom back to Taps for a meal and some good beer. We also took her to Garden City Mall to get a new bathing suit and have a yummy meal at Chiliparty! 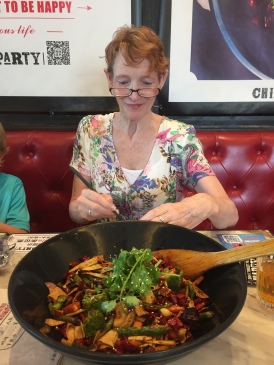 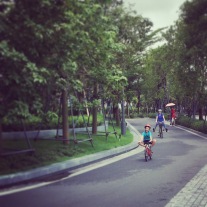 On Friday we checked into the Hilton down the road, and Mom, Paul and I hit the pool for some swimming. Donnie met up with us after work and he and I went out to dinner while Mom and Paul enjoyed a luxurious night of room service and movies at the hotel. They spent the morning swimming and playing before meeting us back at home that afternoon. We rallied after that (even though Mom was pretty sunburned) to go to Luohu for some shopping. We got toys, new glasses, clothes and a few other odds and ends. We were all pretty tired after that day.

We spent Sunday at home, making it a brew day, while Mom and Paul relaxed inside. We chose our apartment partly because it has space for our brew equipment on the patio. It’s a sweaty endeavour, but we were successful in our first batch at our new place. We’ll probably keg it today. 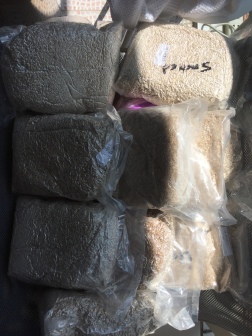 Monday was our last day in Shenzhen, so we took Paul for a haircut and relaxed at home. We took our time on Tuesday getting packed up and then Paul, Mom and I took a van over to Hong Kong to spend her last few days there. The hotel room was small, but comfortable and we dropped our stuff and started touristing. Our first stop was to take the metro down to the Star Ferry. It took a little longer than I’d hoped, and by the time we’d made it to Central, we were all a little tired. We did manage to do a little shopping (Toys’r’us and Zara), but we decided to rework our plans and do the Peak the next day. Donnie came over from Shenzhen to meet us for dinner, and we had a delicious meal at The Roundhouse before taking a cab back to our hotel. Donnie left to go back home since he had work the next day. 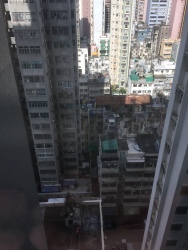 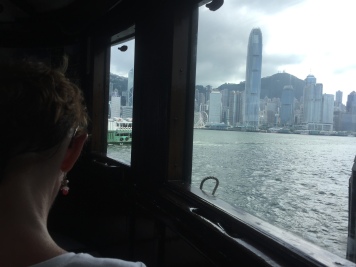 The next day was a little cloudy and rainy, but we had our last day of touristing to do! We got up early-ish, ate a yummy hotel breakfast and got ready for the day. We were planning to take the peak tram up to The Peak, but after we traveled there on the metro, the line was waaaaay too long. So we jumped in a cab and took the windy road up to the top. We got there around 11am and thankfully there was a break in the rain. So we took all the escalators up and took in the amazing views. We also took lots of pictures. It was still a little cloudy and windy, but Mom seemed to enjoy it, which made me happy. After the views, we did some shopping in the mall and also some picture taking at an awesome 3D gallery, followed by some ice cream (Paul had mango! Weird!). We took the peak tram down and made a quick stop at Marks and Spencer to do some more shopping and pick up some snacks.  We didn’t get back to the hotel until close to 4pm and we all promptly crawled into bed and took naps. We had intended on going back out to the night market, but we were too tired and opted for finishing our Marks and Spencer snacks while watching Nat Geo channel. 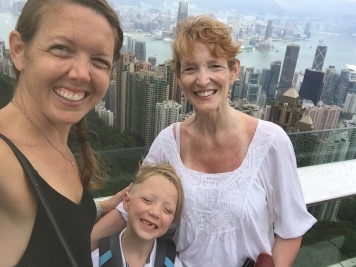 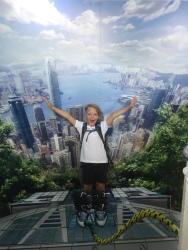 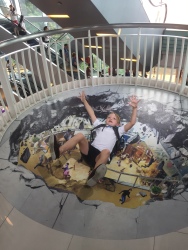 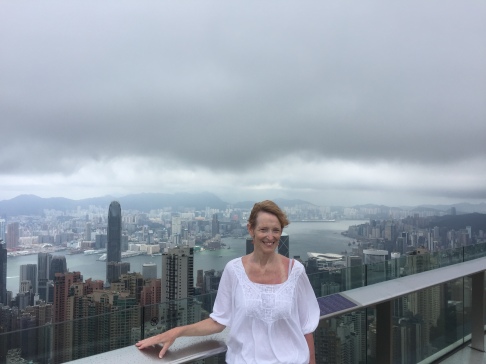 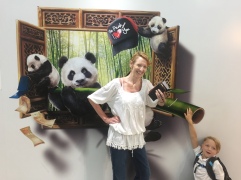 We woke up early the next day and got Mom safely into a cab to the airport. We started missing her the minute she pulled away, but it’s comforting to know we’ll see her again in October, and hopefully December when we go back to the US. I love my time with her, and I know Paul cherishes it as well and I’m so grateful that she makes the trip out here. This was her third trip to Shenzhen!! After we said goodbye, Paul and I had breakfast and made our way to the ferry station to catch the first ferry back to Shenzhen. We had time for a Marks and Spencer run, so we had our hands full as we arrived home. That afternoon I headed back in to get some work done at school. And just like that, summer was over. 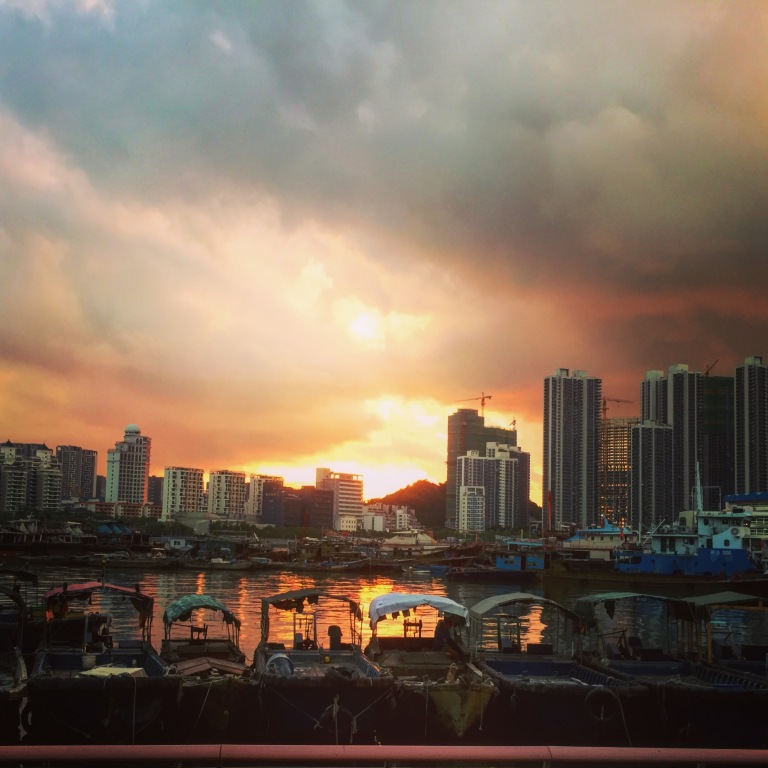 It’s been a hectic start to the school year, as per usual, but more on that at another time.

Much love to all, j.