I just looked back at my last post. I remember thinking over the course of the last month, I don’t really have much to write about because everything is basically the same. I realize now that I sit down to write, that that is largely false. The rest of August and now September were a blur and I’m looking back thinking why didn’t I write sooner? But of course, September and October are my busiest months.

I have not dropped back into routine as I had originally hoped to do in those days at the end of summer. We are 7 weeks into school and I’m still struggling to get up for my morning hikes and runs. Donnie and I haven’t managed to get into a post-school workout routine. I think most of it is just the overwhelming amount of work we both have. On top of that I’m coaching MS girls soccer again which means I spend 4 out of 5 work days rushing off to our practice. Donnie is slowly adjusting to his new role, so it will get easier with time. I just have to be patient and weather one more month of crazy.

So let me back track and fill in all the gaps from my last day of summer vacation to my first day of fall break (today!).

School started without much excitement; Paul was excited to be in my friend Amanda’s class and I wasn’t as nervous to take on my new subjects as I thought. Being in kindergarten hasn’t been as easy for us all as we thought it would be. Paul is adjusting to having to actually do work instead of the loads of playing from preschool. He also really misses his friends who moved this past year. Hopefully it’s just growing pains and he’ll get adjusted to the more rigorous expectations. Until then we’ll muddle through (thank goodness for break!). 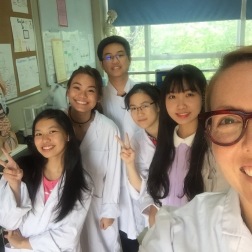 In addition to teaching, I’m also coaching soccer again and Callie is my assistant coach! I have a new group of girls this year, and they are playing so well together! Last year we played hard, practiced hard and did not win a single game. This year is totally different, the girls have a spirit I’ve not seen before. It makes it way more fun and I couldn’t be more proud. I haven’t had much time to go play with the women’s league, but hopefully when the middle school season winds down next month, I’ll be able to get out there more. 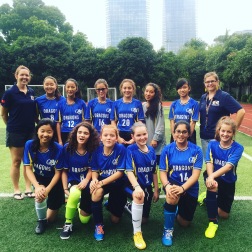 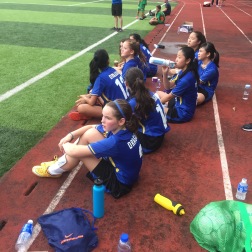 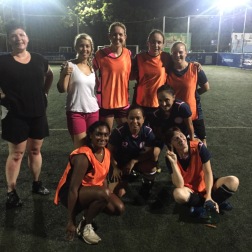 We’ve also been super busy brewing. After our first batch on our new system with Liann, we tried to learn from our mistakes and make it easier. It still took a little longer than usual, but went much more smoothly. We made 10 gallons of a super light (but hoppy!) IPA. We attended our monthly brewers meetings in August and September, but the group has been small. Mostly professional brewers and a couple of homebrewers, but it’s still nice to go and share ideas and critique the beer. There’s a craft beer festival on the horizon in November and we’re busy planning what to brew and bring. Joe (the organizer) is giving the homebrewers a tent to share our beer and maybe have a small competition amongst ourselves.

We also hosted a Sunday Sesh. Joe brought a keg from Bionic and we fired up the grill. We usually all meet in the park, but the park we usually go to is now under construction, so we offered up our house and patio for the gathering. It was small, just a few friends of Joe’s and ours, but the weather was unseasonably cool(ish) and we all enjoyed sitting outside without sweating through our clothes. It was a thoroughly enjoyable evening.

We have brewing in our plans today, hopefully to start stockpiling kegs for the festival. 🙂

(Some of the pics below are of some AMAZING street food right next to Bionic. My fav is the tofu skin wrapped around green onions, then skewered and grilled. It’s pictured below.) 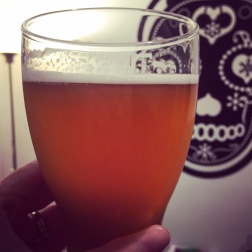 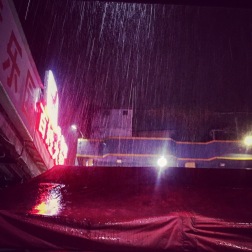 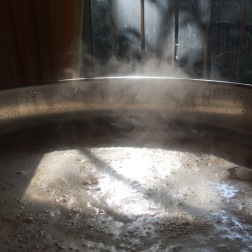 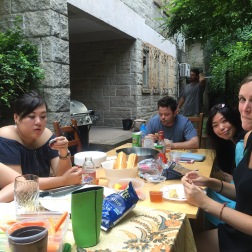 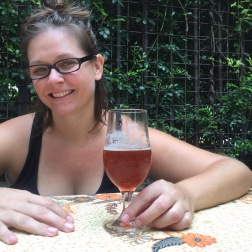 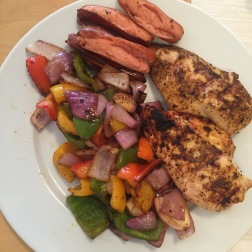 Midway through September we had a long weekend break! Way back in March we had booked tickets to go meet up with the Bates in Taiwan, but as the days approached we realized we hadn’t really budgeted well, not to mention it was typhoon season, so we ended up canceling our trip. A day after we made that decision, we were asked by our regional director to go and train some teachers in Phuket at the QSI school there. It would mean giving up our two days off and working, but they would buy the tickets and give us a hotel and food allowance. We said yes! Unfortunately, that meant I was going to miss Callie’s first birthday in China! So instead of missing out on celebrating, we had a party for her on the Sunday before!

It was super fun. We invited all her friends and had another outdoor grill party. We are seriously enjoying having usable outdoor space. 🙂 I made her a cake! And some banana bread from our banana trees out front and we generally had a great time. 🙂 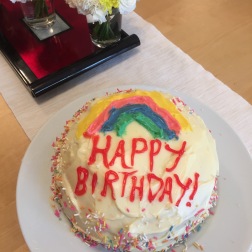 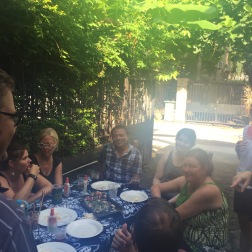 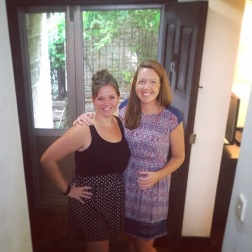 Later that week we hopped on a plane back to Phuket. I didn’t expect to be back so soon, but it was nice to be back close to the beach. We paid a little extra to stay at a really nice hotel, and the school we were working at took care of shuffling us around in taxis and vans. We worked with the staff for two days, training them on how to use Moodle in the classroom and then spent a few days relaxing at the hotel. We didn’t do much besides swim and explore the beach near our hotel (Karon) and eat and drink our way through hotel restaurants. Our flights were all messed up so we didn’t end up getting back to Shenzhen until very late Monday night. The rest of that week was spent trying to catch up with sleep. It was a nice break, but also not much of a break… 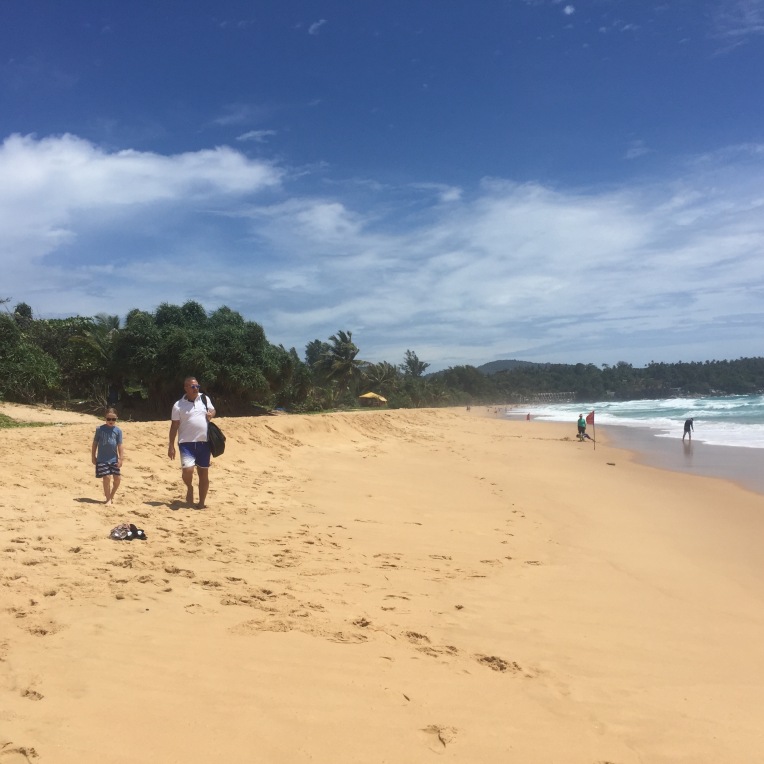 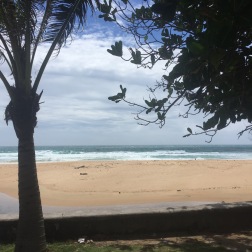 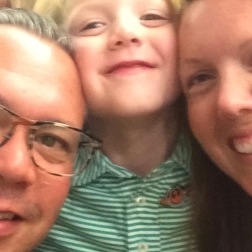 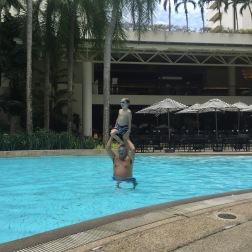 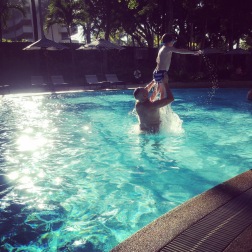 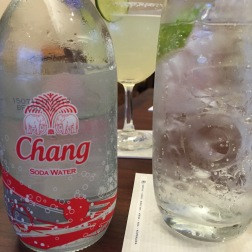 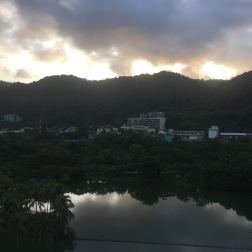 This post has been seriously lacking in my usual detail, but there is good reason for that! My mom arrived last night! We are so excited to have her here again. She makes all our hearts happy and lighter. We’ll be heading on an adventure this week to Bangkok for the October break. It’s fun to look back on all the pics from our previous fall breaks (Seoul, Phuket, Hanoi and now Bangkok), and I’m so happy we get to share these memories with my mom this time! And Callie too! She’s coming with us to Bangkok as well.

As you can see, things are mostly the same as usual with just a few special things that make it different. 🙂 So I probably won’t post again until November…every weekend from here until the end of October has some event that requires time and attention. So until then, here are some random pics and just know I love and miss you all! 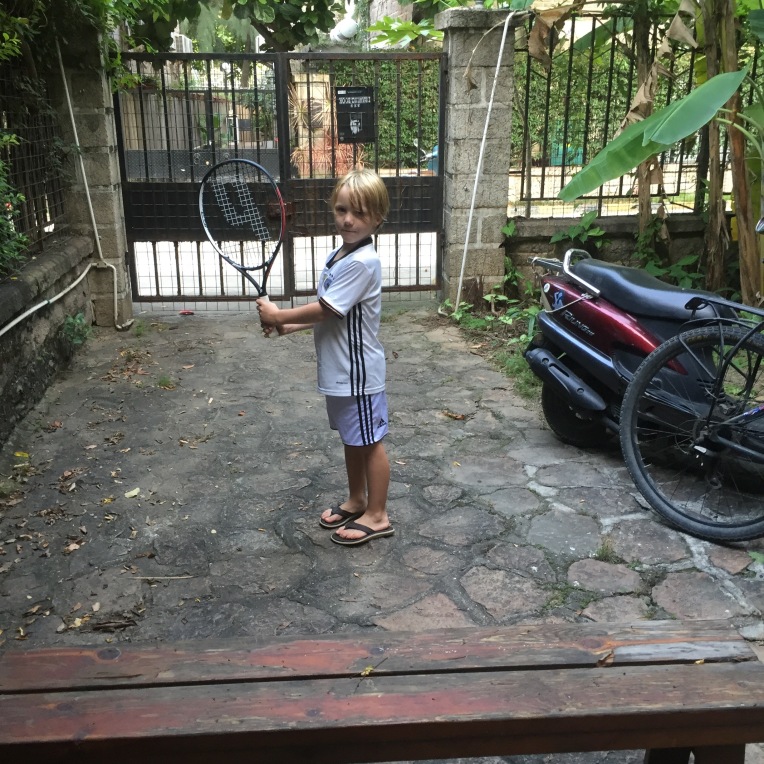 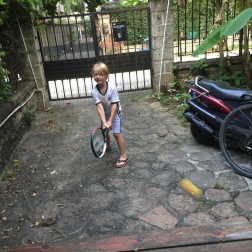 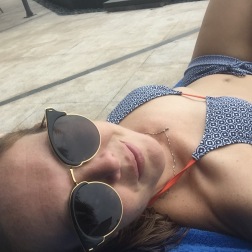