So although May seems to stretch on forever, June always seems to sneak away. It flies by in a blink. Wrapping up school work, finishing grades, cleaning and packing my classroom makes work seem quick and a little easy. Add in an impending move from one apartment to another, and suddenly all my time is gone, sucked into hours of sorting, organizing and packing. Then we depart, hours gone in cramped airplane seats (I think I’ll be spending a good 50-60 hours on planes this summer) and then the hours with loved ones that go by too quickly. June is much better than May, but it slips through my fingers every year.

This June is especially conflicting. I am anxious for the summer to start, for the school year to be finished, but that brings some really tough goodbyes. I think I’ve mentioned this before. But this week, reality is hitting hard. But before I get all mushy and sad, let me catch you up on a few awesome adventures that have taken place in the last few weeks. 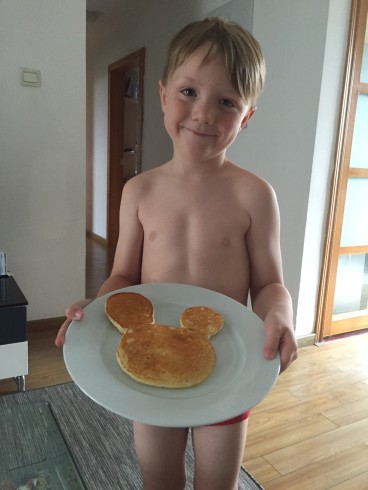 After the epic Mother’s day weekend at the Hilton, the next couple weeks were pretty low key. We met up with some of the other homebrewers to get more organized. We actually did pretty well. We set up a structure for our meetings so that they would be more useful in giving feedback and hearing about how people made their beers. We also set up a co-op for getting brewing supplies, which will make it so much easier than trekking to HK once a month (and cheaper too!). We also agreed to set up a website (which was made by Alex), http://shenzhenhomebrewers.strikingly.com/ to reach out to new brewers and keep track of all our brews and events. In addition, I ordered more shirts for all our new members. There’s another Shenzhen Craft Beer festival in November, so we’re getting prepped to have a presence there. Unfortunately our fall professional development days fall on Beertopia (see previous posts), so we won’t be able to participate or maybe even get to go this year. 😦 I feel pretty proud of being among the founding members of this fledgling group and I can really see how it will continue to grow and be a really useful resource and place to exchange ideas and brews.

We met up with our pals, Jess and JC and their kids later that day to give them another lesson on how to brew. And also to brew a large batch for their farewell bash later on in the month. It was fun, but a lot of work. We brewed a total of 14 gallons that day, from about 3pm until past 10pm. And that doesn’t really include cleanup. But it’s always more fun with your friends and I’ve really enjoyed the time they’ve spent with us. And very much enjoyed our collabrew. 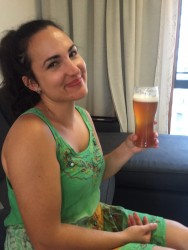 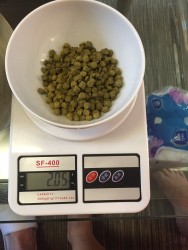 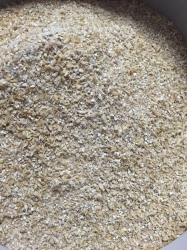 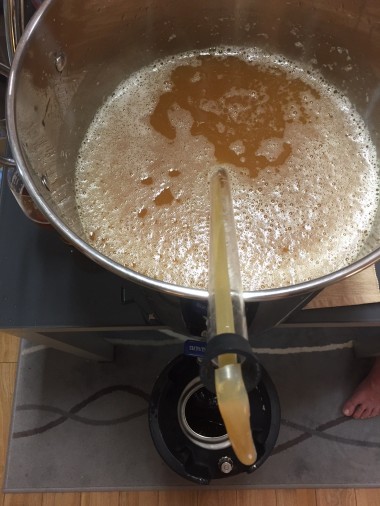 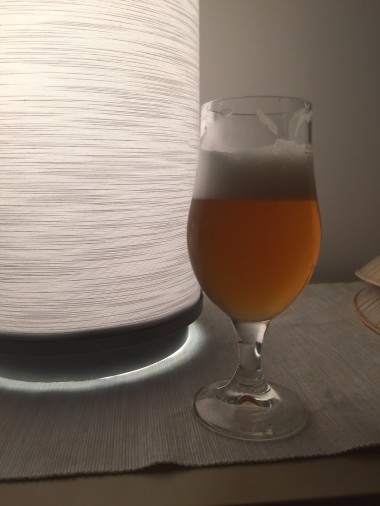 The last weekend of May we headed over to the Hilton again. The weather has been pretty nice. Really warm and humid, but with some really clear sunny days, mixed in with stormy ones. Unfortunately, that Saturday was one of the stormy ones, although we did get a little swimming in before the rain starting coming down too hard to enjoy the pool any more. Luckily, the next day was clear and sunny and we spent the bulk of it poolside, neglecting the large job of packing awaiting us at home. 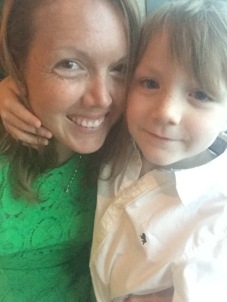 May ended on a high note, our last homebrew meeting before summer. It was a successful one, I learned a lot about the way my peers brewed, some of which I would try, some of which I will not be doing. It was another evening of delicious brews, good conversation, awesome food and even a trip to see Joe’s new brewery being installed. It was bittersweet that my friend Grant is moving on next year and won’t be there any more. He was one of the group that I first brewed with. 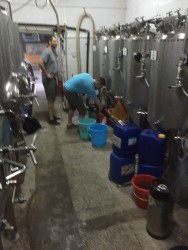 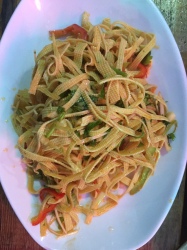 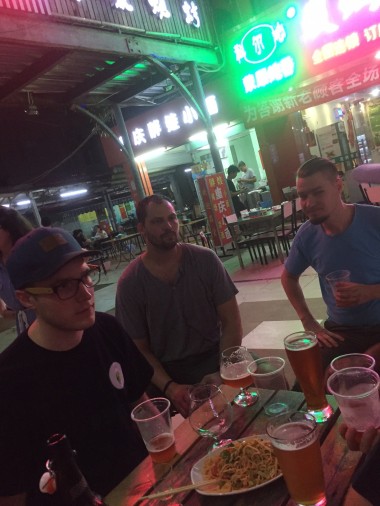 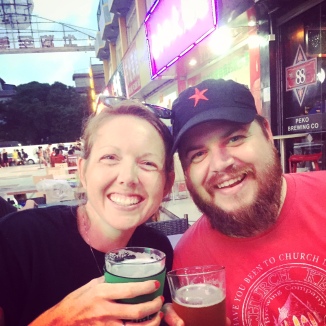 And then it was June. I went to play soccer for the last time before summer last week, June 1. It again was bittersweet. The group has changed so much in the two years I’ve played. It was originally Lariska who asked me to play, and she’s moving on as well. It makes me sad. I’m so thankful for the door she opened, and I will continue to play even though she’s gone, but it will never be the same. She’s a special person, and I know we’ll cross paths at some point in the future and we’ll pick up exactly where we left off.

The first weekend of June was a busy one! Friday was graduation for our QSI seniors, and I was so impressed with the speeches the outgoing seniors made. But it brought tears to my eyes, as all graduations do. This is my first to see students of mine graduate, and although I didn’t have them for very long, it brings back memories of my graduations. All the hopes and dreams of those graduates, reminds me of my former self. I can still remember being in their shoes. I met up with Donnie and Paul for dinner after that, but I couldn’t really shake my funk. Also the stress of our impending move was weighing heavily on me.

I guess I should talk a little bit about why I keep mentioning moving…We’ve lived in the same apartment now for 3 years. Our second longest home together as a family, but our landlord wants it back, so we needed to find a new place to go. Donnie and I anticipated this happening and had been apartment searching and stalking (online mostly) for a few weeks before we got the official word we’d be moving. Turns out we didn’t really need to do all that searching, our school offered us a free-standing villa behind the main campus of our school for next year. It will most likely be a short-term move, perhaps even less than a year, but we’re excited for the increased space and the new location. But it also means we have to pack up all our stuff before we leave for the summer. They’ll hopefully have all our stuff in our new place when we get back in July. It’s a significant upgrade for us, but right now just overwhelming all the work that needs to get done. It is leading to a lack of sleep which in turn makes me too tired to deal with the stress well.

In addition to trying to pack up our house, we’ve been training for a half-marathon in a little over a week. So add in being exhausted from overheated runs and it’s easy to see how this last week has been really hard.

BUT, this last weekend was really fun, so back to that…

The Saturday after graduation, we cleaned and packed and got our house ready for the farewell party for the Sanders. We had 3 kegs of beer, our collabrew from earlier, and ordered a bunch of food from local restaurants. It was a really fun get together. I think at one point our little living room contained about 25-30 people. We had coworkers, soccer girls, brew buddies and a few other friends of friends. The beer was a hit, and we had a lot of delicious food and tunes picked by Donnie. When people started filtering out of the party, Jess got a second wind and wanted to go out to Seaworld. She really wanted me to go, so even though I was exhausted from the day, I rallied and went out with her and a few other ladies. It was fun, I spent most of my time people watching and enjoying the live music, but I called it quits when I started to see some of the students from our school out. I didn’t want to be part of that crowd anymore. 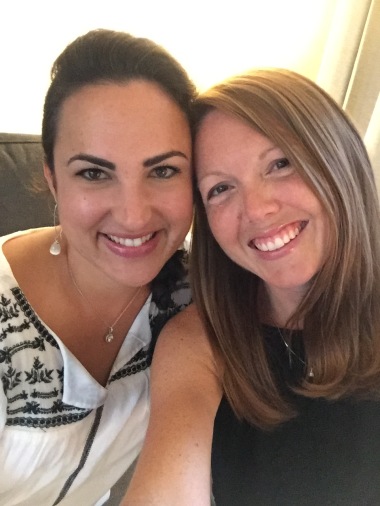 The following day we all got together again for the Connors’ birthday party. Paul’s best friend is Connor Welsh, and there’s another Connor. We call them Big Connor and Little Connor. Their birthdays are pretty close together, and since so many people are departing, their moms decided to join forces and host a pool party for their sons. It was super fun. Paul played with his friends and Amy (who came to swim too). Little Connor is leaving this year and next year will be so hard without him. He’s been Paul’s best pal since the very beginning of our time here. They are like brothers, talk about each other, play together, get in trouble together and generally love each other a whole lot. My heart breaks for Paul. 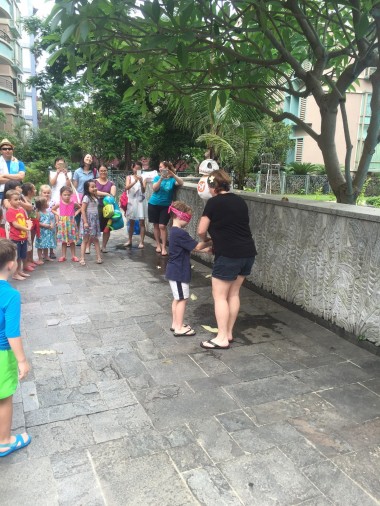 So that brings us to now, the last week of school. The hours are so long, but the days so short. I did get to sneak away to go see Paul “graduate” from preschool. He’ll be in kindergarten next year! He was so proud and his teacher had nothing but nice things to say about him. I’m a  proud momma. 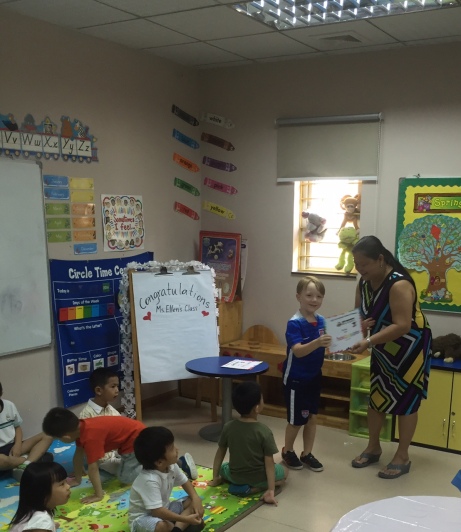 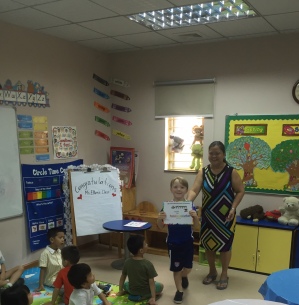 So there it is, roughly 72 hours from now, we’ll be headed to the airport to jump on a plane to see my sister and bro in Seattle. But in those 72 hours I need to finish packing up my home, pack for the summer, and most significantly, say good bye to friends I’ve grown to love. I can’t even face it right now. I can’t imagine how many tears will be shed. I don’t really want to.

The tradition at our school is to have a half day of school on the last day and then all gather in the cafeteria at our main campus to bid farewell to the departing teachers. Each year, the teachers that leave have someone speak on their behalf, a little too similar to a eulogy. I’m speaking for 3 departing people this year (or so I think…), and I’ll be bawling through most of it. I’m going to post my speeches for them in separate blog posts, with pics and memories too.

Keep me in your thoughts. Love to all. J 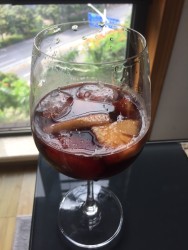 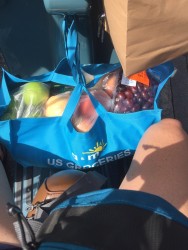