Holy cow. I just made a list of all the things I want to blog about, and it’s so long I think I will try to break it up into separate posts, but maybe not. I haven’t posted since January, but I had been brainstorming some ideas for a post for a while. It’s just a busy time of year and as we’ve settled into our lives here, things seem more and more normal. Less and less noteworthy. But as this is technically my online journal, I want to continue to record things because I love feeling nostalgic and going back and reading about old adventures (I do this sometimes, especially my Summer in Munich blog). Ok, enough stalling…

We decided to skip a beach vaca for CNY this year, and instead headed to frigid Seoul. We hadn’t seen the Bates since the summer, and we were missing that family feeling that we get when we’re around them. It’s always a satisfying break to spend time with them; everybody is happy. Paul loves the kids, and we all get along so well it feels so comfortable. We arrived late on a Sunday night, but got up early the next day for the Superbowl! It’s a little weird watching it over breakfast, but it felt just like being in the States, we even got to watch the commercials! The rest of the day included naps and then a movie on base followed by a delicious dinner (Marcela is an excellent cook!). The rest of the week was fairly uneventful. We mostly just bummed around their apartment, hung out and ate amazing home cooked meals. We did venture out one day to go sledding. We thought there might be more snow, but there wasn’t much. We drove about an hourish out of town to a slope that was being stocked with man-made snow. It was just one hill that you rode down then did over and over, but the kids loved it and so did we! 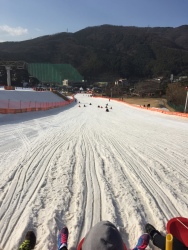 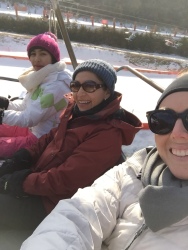 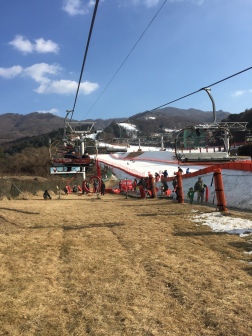 Kell and Marcela also graciously offered to watch Paul while Donnie and I went on a DMZ tour. So the day before we left, we traveled up to the border. It’s kind of creepy. We watched a propaganda video, toured a tunnel that the North Koreans had dug to South Korea, and went to the train station that will eventually service Pyongang. On our way back to Seoul, we stopped and observed some North Korean villages (and villagers!) from a viewing point with binoculars. It was again, sort of creepy. The Bates’ we headed out for a ski trip, so we bid goodbye to them and they graciously let us stay in their place before we left the next day to get back to Shenzhen. It was a really relaxing break and being with that family is one of my favorite past times. 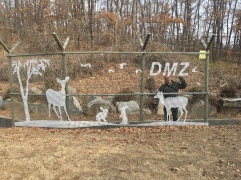 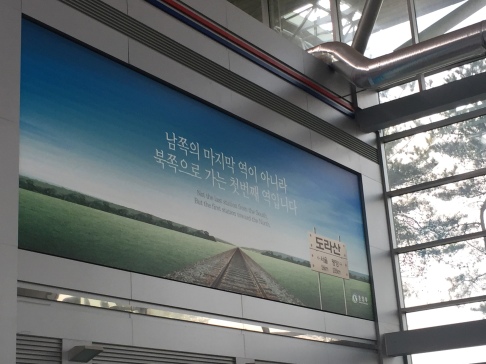 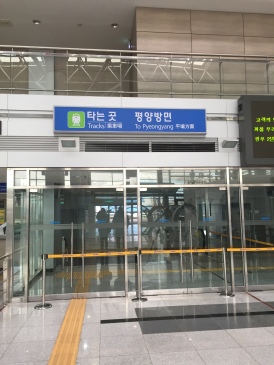 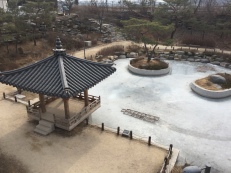 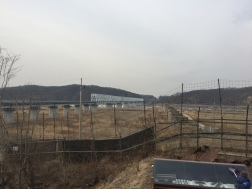 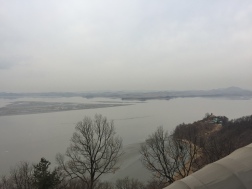 The rest of February was relatively uneventful, but we did manage to sneak away to HK for a brewing supply trip and fun. Our brewing has evolved in the time since we’ve started. I used to think there is no way we would be coming up with our own recipes or straying from the careful recipe given to us from the brew shop. We’ve definitely made it our own. We make exclusively IPA’s now, and they are by all standards very tasty. In fact, I think we have a reputation here in Shenzhen about our IPA’s and people like them. This particular HK trip, we wanted to try to get some White Labs liquid yeast, and also try out the new Brewdog’s location. Paul is an avid fan of the Brewdogs tv show where they go brew beers in the strangest places, so he was excited at the chance of maybe seeing James and Martin (Brewdog owners). We ended up getting our yeast (and 20lbs of grain), but we were very disappointed with the new pub. The waitstaff was weird, the food was small and over-priced and their beers didn’t really taste that good. They also had too many guest taps and not enough of their own IPA. We didn’t stay long, we opted for a trip to Marks and Spencers and had a hotel party instead.  We’ve also been attending monthly homebrewer meetings for the local brewers. We’ve made some awesome connections, including a guy named Benjack who invited us to brew with him. We’d bought some hops in Seoul, and we were itching to make another IPA, so we went over to his “brewery” to try it out. His brewery is a one room apartment in old Shekou that has a self-contained system built to brew 10 gallons at a time. It was super cool, his system is easy and clean and I really enjoyed it. We may end up splitting the rent on his place to brew there as well, but we haven’t decided yet. We’ll be brewing and kegging again this weekend. I hope some of it lasts to bring to the next homebrew meeting.

Brew Pics of our White Labs Class and Brewing with Benjack: 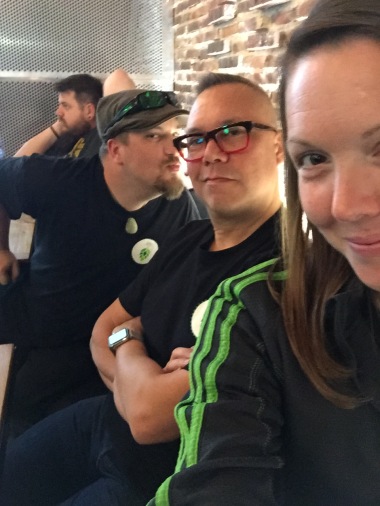 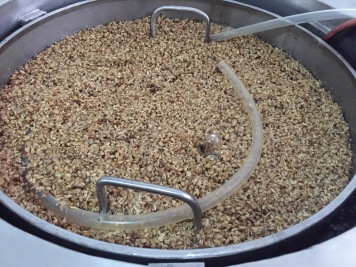 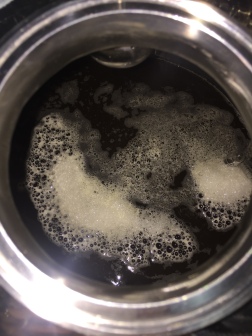 Our adventure in HK: 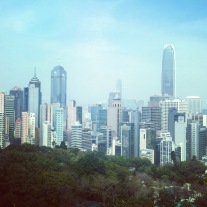 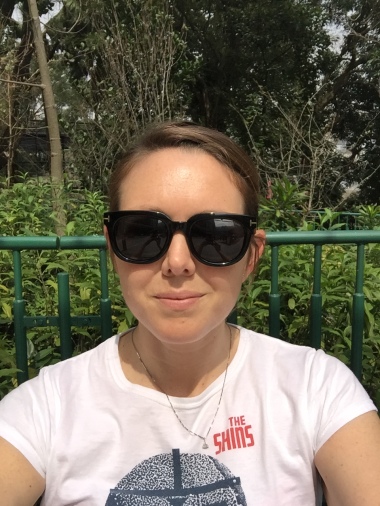 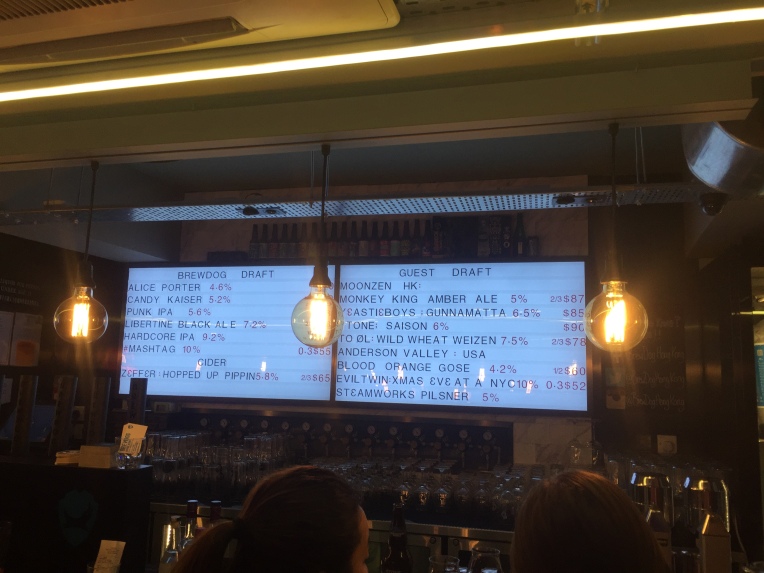 Sometime in March, Donnie and I snuck away without Paul to go to a concert of one of my favorite bands. I bought the tickets back in the fall, so it was a nice treat to get to see them in such a small venue. The band was Death Cab for Cutie and I’ve been a fan of theirs for more than 10 years. I was super impressed with their sound and they basically played my dream set.  Donnie and I squeezed in the tiniest craft beer place and had an awesome grilled cheese sandwich right before the show. It was a really, really nice evening. 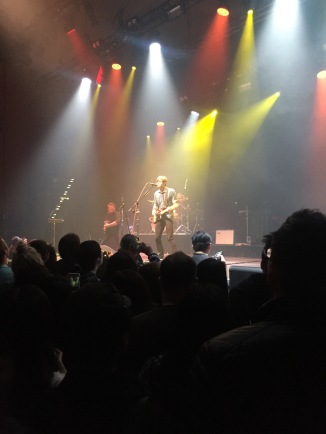 On my actual birthday, we had a family celebration at home. Donnie made AMAZING enchiladas, and Paul helped make a birthday cake. It was super sweet and cozy, just how I like it.

I also celebrated the big 3-2 with a few friends on my birthday weekend. We went out to MASH, which is owned by our friend Joe (who also owns Bionic). They have gourmet burgers and of course delicious beer. It was kind of a chilly evening, but my friends made the trek to Futian and we had a blast. After we ate, we headed over to Crafthead, which is owned by our friend Nick (from the beer meetings). Crafthead is the oldest craft beer taproom in Shenzhen (maybe since 2013?) and I had high hopes for it. But unfortunately the bar was packed (we had to sit on the street) and the beer tasted like dirty water.  I probably won’t tell Nick how it went.  But we had fun anyway, there are always stories to tell after nights like that, and I’ll leave it at that. 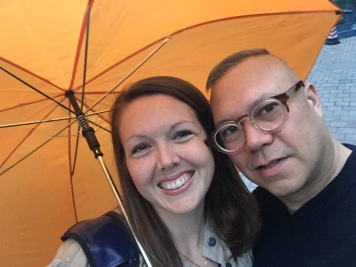 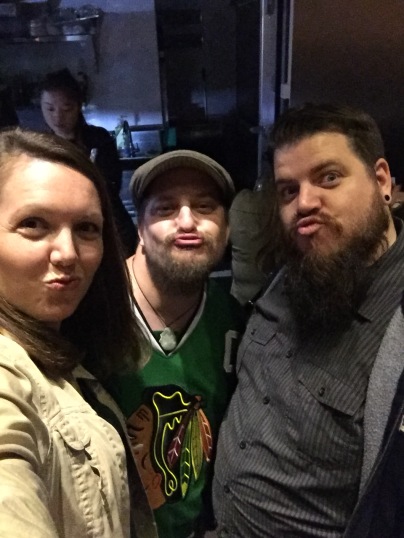 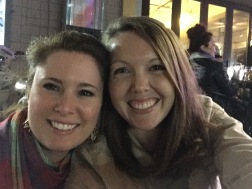 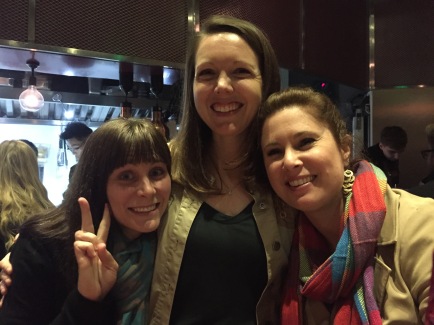 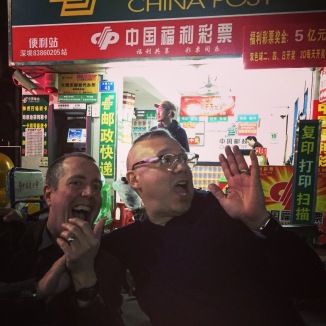 A couple of weekends later, we joined up with our good friends to form a team to compete in the annual chili cook-off. Anyone who knows Donnie knows how seriously he takes chili, so we met up with them to practice and merge their chili recipe with ours. The resulting recipe was sure to be the best chili in Shekou. On the day of the cook-off, we dressed up as DJ’s (our team name was DJ3) and proceeded to the venue as soon as it opened (8am, well the ladies got there at 10am). For 4 spicy hours, we labored, socialized, danced and laughed while our chili was perfecting. At noon, the doors opened and the public was let in to taste and vote on the best chili. There were a few awards to be had, People’s Choice, Best Costume, Best Chili (by judges choice).  We pretty much had it in the bag. Our chili tasted amazing, we had been in costume all day, and people really liked it! Unfortunately, we came in a close second place (there was a tie breaker!), and we didn’t even take home best costume. People’s Choice went to the local soccer team because they had the most people show up.  It was a blow to our egos (mostly Donnie and JC’s), but we had fun and the atmosphere was fantastic. Hopefully we’ll win next year. 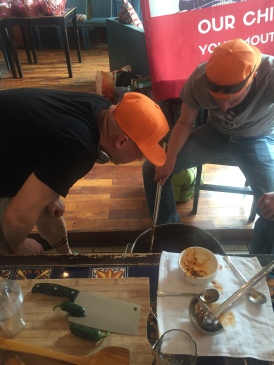 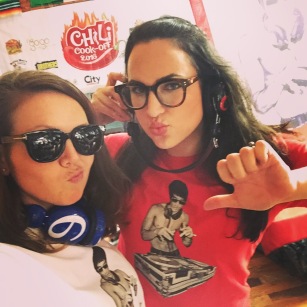 March was winding down, but there was one event left that Paul looks forward to every year, Easter! We don’t really do much leading up to Easter, but we always participate in the QSI Easter egg hunt. This year, Easter was a cool, clear spring day; it was a perfect day. Paul had a blast with his friends and found his 10 eggs, then we met up with Donnie to go to the Sunday Sesh in the park. The Sunday sesh is put on by Joe, and he brings kegs (and bottles) of Bionic Brew, and a grill and we all just hang out. It’s so relaxing. Our friend Jessica brought her two kids and they had another Easter egg hunt on their own, and then spent the rest of the day chasing each other and catching tadpoles. It makes me feel content even just thinking about it now. 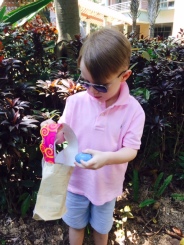 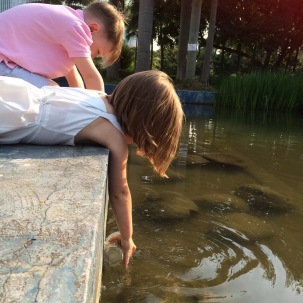 It has been a busy spring! I think I will end this post here, and start a new one for spring break, because it was so eventful. Thanks for reading! Love to all.