So I’m not sure how many parts this summer post will be. I have sat down 3 separate times to start writing about our summer adventures, and each time I get overwhelmed with the task, or the internet stops working. But here it goes.

I was so excited for summer to start, and going into it, I knew it would be busy. I was ready for all the adventure, travel and seeing loved ones that I hadn’t seen in so long. Our travel was relatively easy back to the States, we did a quick stop in Seoul and then landed in Seattle on the same day we had left China.

My bro, sis and friend V picked us up from the airport, I was tired, but mostly deliriously happy to see them. We headed home to have a bbq and hang out. Mal and her friend came over, and it was a beautiful, clear summer day. A perfect start to the summer. 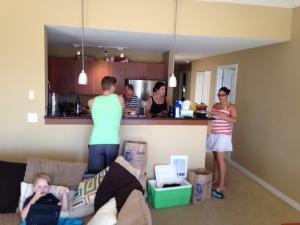 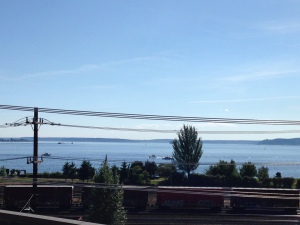 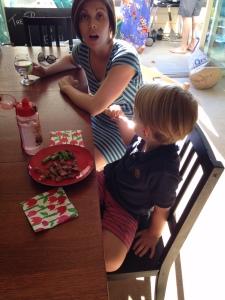 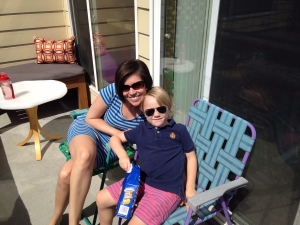 The next 36 hours were a blur of errands and fun. We got our phones set up, but also took the time to hangout with our friends. Andie hosted us and had the pleasure of escorting us around. 😉 It was a lot of fun, and I was excited to come back when we left to go back to SA on an early flight.

It was awesome to land back in TX. Paul’s grandparents were there to pick us up and we had a very happy reunion. We stopped at Chuy’s for our first Tex Mex meal of the summer and it was so yummy! I love the food and margaritas there, it feels like home.

While we were in TX, we stayed at Donnie’s parents’ new house. It’s in a really nice neighborhood and right across the street from the pool! We had been storing some of our stuff in their house so we were asked to go through it to see if we could downsize. We did our best, and it was fun to go down memory lane and look at all the stuff we had deemed important enough to save from our house. We downsized from 8 boxes to 3, and ended up selling a lot of it in a garage sale later on in the summer. I even decided to part with my wedding dress (it still fits!). I promised it to my sister, but she may want to choose a better one someday. 😉

Our first few days in TX were busy with catching up with friends and starting a running routine. We met up with Donnie’s longtime friends one of the first evenings we were there. Kel was in town, so having all of his grade school friends together was cool.

On another evening, I ran a quick women’s 5k with two of my friends, Shannon and Alison. It was a night run, which are rare, and lots of fun. It was low-key, and the party following the run was fun, but we left early to meet up with our hubbys at a nearby brewery. From there, Donnie, Kel and I closed our night at our very favorite taco truck, we call them Limelight Tacos, because they are right outside a club we used to go to called The Limelight. I’m sad to say that was our only Limelight Taco pilgrimage. 😦 But it did not disappoint. 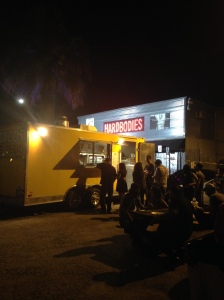 A few short days after we arrived in TX, it was time to jet to Colorado for my cousin’s wedding. We had originally planned (and bought a ticket for) Paul to come with us, but on the eve of travel, we decided it would be a better choice for everyone if he stayed back. He was still struggling with jet lag, and not in a state to meet a lot of new people. It made me a little sad though, I would like him to see family more often.

We flew to CO, picked up a car and headed over to my cousin Jenny’s house. We hadn’t seen her since her wedding 8 years ago, but we have the kind of connection that it doesn’t matter how much time has passed. Also, our lives parallel each other so much it’s a little scary. We had pizza  and wine, and sat outside on their beautiful porch and had a fire. We chatted about our lives, families and generally filled in the 8 year gap. It was lovely. We also got to meet their adorable kids, and it made me sad they didn’t get to meet Paul.

We spent the night at their house, then had breakfast with them before they headed home to prepare for the wedding (their kids were in it). We just happened to be in the right place at the right time for the Colorado Brewer’s Festival, so we spent the next few hours there. It was a delightful day, and the brews were just as delightful. It was cool to ask questions about the brewing process with actual brewers, but lots of the places just had kids working and not the brewers. 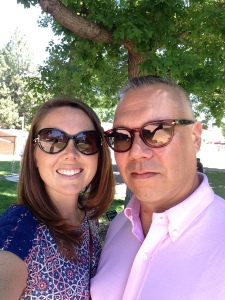 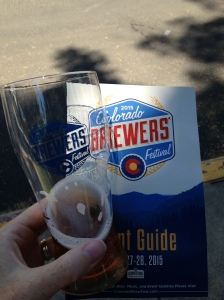 From their we headed out to the wedding. It was in Estes Park, which is beautiful, but far. We made it just on time, and watched Zach and Ty get hitched on a gorgeous mountainside. The reception was down the hill, and despite the rain and chill, it was an amazing time. We didn’t stay to long, but long enough to catch up with my Dad’s family. I’ve missed them and seeing them was really refreshing. I wish my bro and sis had joined me because all of our cousins would have loved to catch up with them too. I think I represented them well though. 🙂 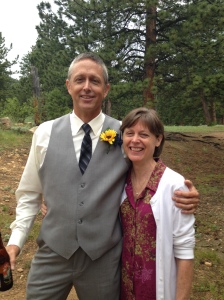 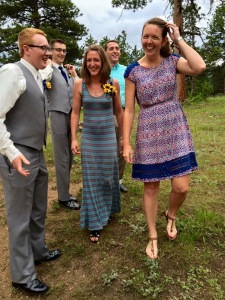 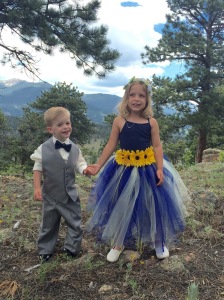 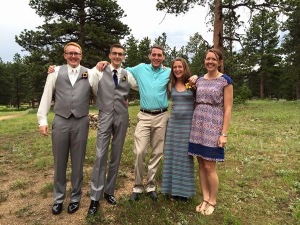 The next day we worked off our wedding calories by going on an epic hike in the mountains near Ft. Collins, and then drove to meet up with Honey and Zack, who were in town! It was fun to see them, especially since we didn’t get the chance to meet up with them before we left for summer. From their we headed over to spend the evening with Donnie’s aunt and uncle. It was nice to chill and spend time with them, also. It had been a really long time since we’d visited them (maybe the same 8 years), but time was short and we were off back to TX early the next day. 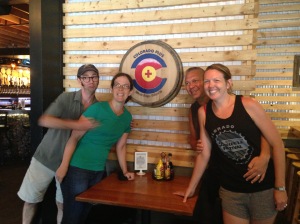 Ok…I think that’s enough for Part 1-stay tuned for further parts in the coming days…(if the internet works and/or I don’t lose my motivation).